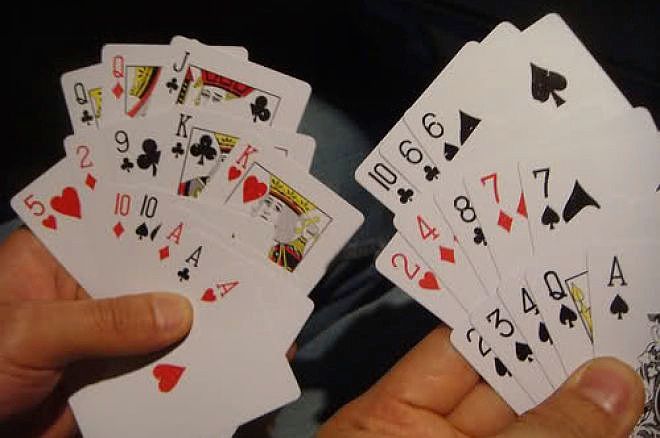 Find out the Details about Chinese Poker for Players

The Chinese have always been keen on gambling and games of chance. The ancient game of Pai Gow is still played today in many modern casinos.  Chinese Poker is a little harder to trace. Some say that it evolved over a thousand years ago at the same time that Pai Go did in Ancient China, and some say that it came about as a merger with Pai Gow and traditional Poker when the ancient game became popular in the Western World.

Chinese Poker really made itself famous in 1995, when it appeared as a variant in the World Series of Poker. The WSOP wasn’t as popular back then as it is now, but it still attracted a decent following, many of whom took an interest in the new poker variant. Today Chinese Poker has still not really taken over the world, but it is popular with some high rollers who want a bit of something different. It was very popular in Finland and Russia for many years, where a new form of Chinese Poker emerged and quickly became more popular than the original thing.

How to Play Chinese Poker

Chinese Poker is a game played with two to four players. It is more of a game of chance than regular poker, and only required a very basic knowledge of poker hands, so it appeals to beginners quite a bit. Each game lasts approximately 20 minutes, depending on how many players there are. To start, each player is dealt 13 cards.

Each player then reveals their hands to see whose beats whose. Instead of betting during the game, each game in Chinese poker counts for units or points. Each unit corresponds with a pre determined amount of money. So this means that instead of winner of each hand taking all, you win unites from other players whose front, middle or back hands you beat. This means that you could lose two sets to one layer, but beat the other and also beat the other two players.

The first thing that you need to be successful in Chinese poker is a strategy. Don’t just go in there expecting a game of complete chance because you will get beaten. Form a working strategy, and build the three strongest hands that you can. The second thing to do is to organise you cards in your various sets. Organising them by rank makes sense of what could just look like a lot of confusing cards. Don’t forget to arrange your hands or sets in the correct order! Remember that the back hand has to beat the middle hand which in turn has to beat the front hand. Finally use a pen and paper to keep tabs of what units you have won or lost and from whom.