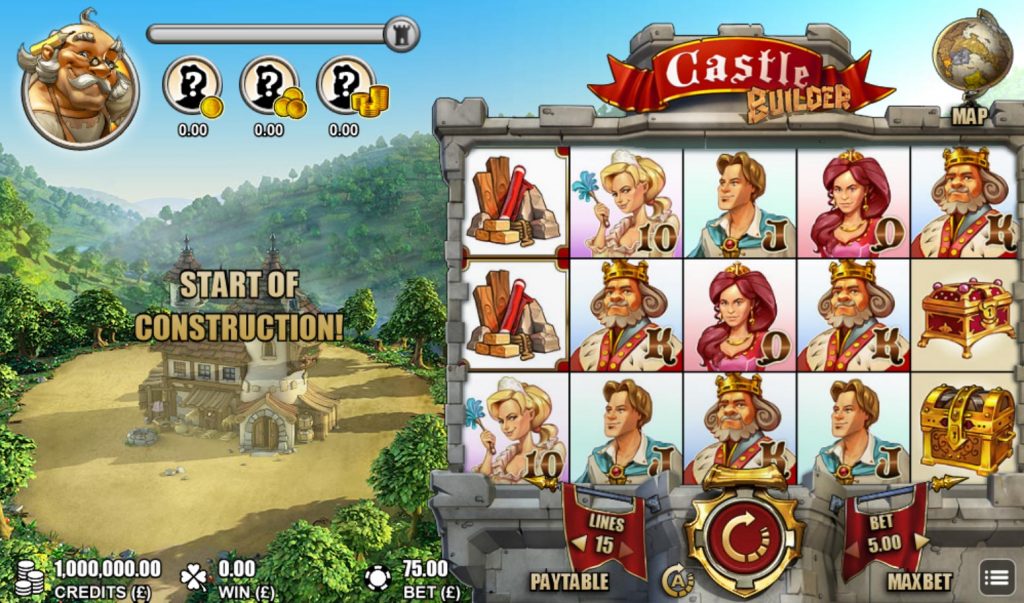 Building up those Jackpots with the Castle Builder Slots

Castle Builder is rated as one of the more exciting online video slots. The game contains what is called an interactive castle building game during game play, and the construction of these castles is the primary theme of the game.  The slot machine has 5 reels and 15 paylines, and the slot machine is situated in a smaller section on the right of the screen. The entire left hand side of the screen is allocated to the construction of the castles.

Players spin the reels in order to obtain the various building materials that are required for the castle, like bricks, bronze, silver and gold. Clearly the more precious metals that are landed on the reels equates to higher vale castles constructed at the end of the day.

The Technical Details of the Game

Castle Builder, in terms of stake settings and coin denomination settings is a penny slot. Suitable and targeted primarily at players wanting as much slots play as possible with lowered risk, the minimum bet is just 0.15 coins. The maximum bet per spin is 15 coins, and even this is certainly not high foller stakes. This is a game designed and produced by Rabcat, although it now falls into the acclaimed Microgaming portfolio.

The Primary Aim of the Game

Moving Through the Levels

Players of Castle Builder slots game will then start the construction of the next castle. This will be for the next Kingly offspring and might be male or female, as there are various kings and kingdoms available as the game progresses and players move through the levels.